Linus Linkenheil – ‘Come On Over’ resonates clearly and deeply

The German-born artist, Linus Linkenheil has consistently worked towards a distinctive sound that establishes musical maturity, fusing lyrical profound narratives with catchy melodies. Linus aims high with his latest single, ‘Come On Over’, which extends his pop-tinged sound design with resonating EDM flavors. The strong orchestral intro flows seamlessly into the heavenly opening verse, which […]

Mr.Reaper – ‘Come Follow Me And We Ride’ – This is top tier music!

The beat on ‘Come Follow Me And We Ride’, the latest single by the Woodbridge, VA based hip-hop artist Mr.Reaper, is warm, blissful and hazy, with free-floating jazz guitar jangles, slow-motion drums and skittering hi-hats. Mr.Reaper develops complex and layered flow patterns, letting syllables fall like rays of sunlight. His voice is rich and sonorous, […]

After wowing audiences across “The Codex” series of Christian Hip-hop albums, which is extending to an all-out ambitious 11-piece record set, the Experimental Hip Hop and Soul artist from Houston, TX, n.e.r.d. life by D’Vo, continues to shine on his brand new single, ‘PULL UP N ORDER’, produced by gospel instrumentalist, IJ Beats. The track […]

Maven Vesper Gray is a self-taught singer, rapper, producer, and engineer out of Houston Texas. Totaling over 17 years in the game, he spent 12 of those years in a group before going solo 5 years ago. During which time he created what he calls “Wavy Trap”, by blending ambient sounds with trap elements. This […]

If for some obscure reason you have not yet heard of, or listened to Doug Cash, then you need to change that now. Singer-songwriter, musician, producer, and CEO and owner of Pryor 2 What? Records and Music Publishing, Doug has established himself as a major force in the underground industry. There’s a comfortable serenity about […]

It may seem obvious that Dr Jamyz’s new single, ‘Set Free’, would sound like a rave in your headphones. After all, Dr Jamyz is one of the hottest underground producers, and one of the first missionaries in the world to become an EDM artist. Notwithstanding his Gospel influenced slant and scripture-based lyrics, Dr Jamyz captures […]

nasmore – “When Will I Learn”- forward-thinking epic rock!

If you want an insight into why “When Will I Learn”, by Canadian composer and musician, nasmore, sounds the way it does, look no further than the track’s features. nasmore has once again brought in the magnificent voice of Cris Hodges to handle lead vocals, and also extended an invite to legendary guitarist Neil Taylor […]

H2whoa’s electronic music is a mesmerizing blend of shuffling rhythms and melodies, featuring an impressive carousel of miscellaneous sounds waiting patiently for their turn to shine on the beat. There is the crunchy overdriven guitar sounds on “8 Pounds”, the 8-bit gaming flavors on “Expect Nothing”, the cinematic strings on “Executive Function”, and the rumbling […] 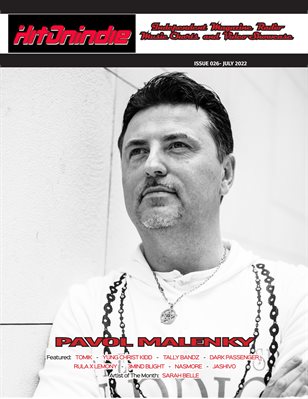