After just one listening to “On the Road” by Essam x Flex King, and you get the impression that the rapper comes from a strong spiritual background and possesses a firm sense of social justice. He chronicles the plight of the less fortunate and spreads his message of salvation and hope through acceptance. The USA based artist with Moroccan origins never comes across as preachy or condescending, and exudes a sense of compassion and dignity.

Much of Essam’s worldview comes from his focus on a troubled world. Forged in pain, struggles and trying to emerge in a hostile environment, “On the Road” narrative is ready to advocate for those who often lack the voice to speak on their own. Essam applies his knowledge and teachings to show how to improve our lives and learn to coexist with those from all walks of life, regardless of the apparently insurmountable difficulties we are presented with on a daily basis.

On this track, both Essam and Flex King eloquently articulate their purpose as emcees. They work to deliver on their artistic promises starting from the track’s opening moments. Essam frames the song with his observations right at the start: “I got my backpack, and my pen and pad, and my headphones on the road. No matter how far I walk, it don’t seem like I’m ever getting close. I just be wandering with no map on me, so I don’t know where I’m going. Since ever be wondering if there’ll come a day when I’ll finally find my home.”

When Flex King jumps in to expand the thought process things heat up: “It’s hard not to kill when they took one of your bros. They say hard times don’t last. I’m thinking when this pain gonna go. Still keep 30 on my waist, not trying to be the next one to go.” Together Essam and Flex King catalog the lives of those driven by desperation to chase any means necessary to dull the everyday pain of living, and find a way out of the struggles. Both rappers show a powerful empathy for those who suffer.

Though Essam excels at putting truth to words, he’s also an extremely adept lyricist, and can throw rhymes with the best emcees out there. He is in perfect form in “On the Road”, demonstrating his lyrical dexterity and smooth flows.

Over and above the significant message of the song, the track clearly serves as an exhibition of Essam’s ability as a rapper, an absolutely certifies his skillset. The single also presents an excellent team up with Flex King who delivers a solid performance.

Together Essam x Flex King showcase their storytelling abilities with a knack for relating lived-in descriptions of life’s challenges and hardships. Over a warm, almost cinematic production, with an Arabian flavored twist, the rappers sound emboldened, brandishing a massive amount of inspiration and sincerity. Essam continues to connect to his audience through his music, delving into his own life experiences, growing as a person along with his listeners.

Though the darkness in life remains ever present, Essam seems intent on casting a ray of light wherever he can. Ultimately “On the Road” imparts the lesson about finding strength in the adversities we face and use it to build a powerful future and positive outlook on life. Despite what destiny may hold in store for us. Here on this earth…and beyond. 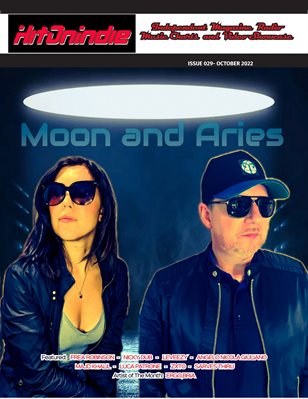 King Lo is focused on taking his team to new heights