Funkatears Electro – “Q16” – You will never find any cookie-cutter songs with this project!

Singer, songwriter and producer, Úlf Lehmann aka Vonsoh has been a master of his craft for the better part of two decades. Renowned all over the underground globe for his production work and his Surreal Electro musical experiences, especially with his project Funkatears Electro who recently put out the epic 22-track album “Q16”. It’s a true masterpiece. Throughout the hyper-creative and smartly mixed tracks, Funkatears Electro takes listeners on a journey into new sound dimensions that harken back to his genre-defying stylings. At times ominous and foreboding, at others strange and bizarre, but always enchantingly hypnotic, producer Vonsoh welcomes listeners into his musical rabbit-hole with grace and intellect.

In the process, Vonsoh and his Funkatears Electro project, proves himself a true sonic shaman as he takes listeners through hard driving loops, dynamically groovy rhythms and swirling synth motifs. One cannot help but be forced into mindful pondering of the producer’s off-kilter aesthetic. Vonsoh is not keen on the mainstream take on electronic music, and he tends to show that sentiment on each of his releases. “Q16” is no different.

The album represents a collection of sonic portraits bent on forcing the subject to move from the mind, through the body, and into the soul. Above all, the album is itself an experience that will surely have listeners coming back for more. Moreover, fans of Vonsoh will be in love with this album; it sounds like the Vonsoh we have come to know and love over the years, just with even better production, more creative synthesis, and a broader use of instruments.

The tracks contained on “Q16” are the perfect combinations of rhythms, instruments and electronic experimentation to please yearning ears all around the world. It seems Funkatears Electro put all the right ingredients into their singular musical cauldron for this album.

Standouts come hard and fast with “Vons22”, “Lektromasher”, “Fana4”, “Xtratight Electro One” and “Television Is A Headshot My Dear Oh”, on the first half of the recording.

The good stuff keeps coming on the second half of the album, with “Cheffechillar2020”, “s4E23 Hand Drauf”, “Schatz Hier Maus”, “Free Choice”, “Zebra In Bunt”, and “Jiggy Is Luxury (Albumversion)”.

Funkatears Electro obviously have put a lot of time and effort into each of these tracks; you will never find any cookie-cutter songs with this project. Each track is in itself takes you and sends you off to somewhere completely new, yet has a feeling that you can relate with.

Funkatears Electro uses all sorts of techniques and instruments to make tracks that are extremely unique and mind-blowing.  It’s almost hard to review the songs because you find yourself getting so lost in them, but that is surely what Vonsoh wanted.

“Q16” is an epic album that distends the imagination and reforms and revitalizes the consciousness, through the textures of unexpected sound. Every minute the album changes: tampering with tempo, splashing into different sonic cultures without warning, and switching degrees of intensity.

This work is one of the musically and technically richest works that Vonsoh and Funkatears Electro have completed to date.”Q16” pushes the limits of musicality, bright musical ideas and audio technical producing work. 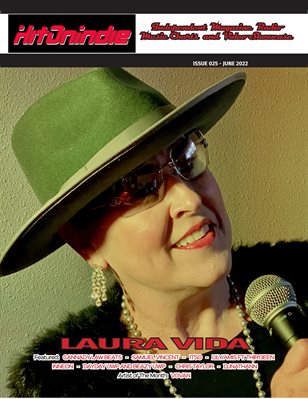 Dr Kings Oturu – I Bow Before You