Ban is an up and coming artist from Greece who mixes rap and alternative rock. He is influenced by artists like Nirvana, My Chemical Romance, and Paramore, as well as Nas and Kanye West. Like latter-day Kanye, Ban plucks ideas from both the mainstream and the fringes, and workshopping them into something that displays personal taste and curation. He is also something of a novice visionary – he knows what’s popular or what will be popular, and he swallows that into his sound. Of course, all of those things have been regular elements in much of contemporary rap for a while, but Ban renders everything fresher, and more attractive. His beats sound gorgeously spacey and alive, switching and blurring seamlessly with all the Trap catchiness of present times, similar to those used by artists like Travis Scott, Migos and Future, among others. That is combined with his verses and a luscious sprinkling of melody to make an intensely electric, hypnotic, and imaginative experience.

All of the above is forged on Ban’s latest single, “Choppa”, which is the follow up to “Psychopath”. The Greek rapper offers the best of himself as both a vocalist and an orchestrator on his latest single. He showcases plenty of charisma and his singsong, auto-tuned delivery is instantly likeable.

Musically the track charges forward with a steady sunny momentum that never comes across as hurried or frantic. Ban’s talent as a musical curator really shines on “Choppa”. He’s got these grand ideas that he nurtures into existence by putting the right elements together.

“Choppa” is psychedelic, multilayered and, for the most part, unpredictable, just like we love modern-day rap music to be.  I know it’s a cardinal sin to compare rock music to hip-hop, but it’s the closest thing you’ll experience while listening to this blend of trap an alternative.

The track contains elite, unique and layered synth production that pairs perfectly with Ban’s voice and the 808’s. It’s a progression of the rapper’s sound on his previous track, with a hook that spins you around like you’re in a transition, and leaves you craving the second verse.

Ban doesn’t build his music around complex, intricate lyrics or game-changing flows – that’s not his style, as he aims for catchiness and instant accessibility. Ban is pushing his style in a new direction, producing music that is distinctly on par with his rap and trap contemporaries, while being easily digestible.

The track embraces an alt-rap theme that seems to draw from rock. Ban is not your typical rapper, and he’s not trying to be. He is interesting, paving his own way. His use of sing-song rhymes and thumping beats leaves him on a list of artists that you either love or are indifferent about.

From not expecting too much, to literally embracing his perspective, Ban’s “Choppa” delivers on many impressive levels that shows he is essentially good at what he does. If you’re into the current wave of hybrid, modern hip hop artists, who blend a multiple of styles, this song will eventually grow on you. It could become one of your favorites!

Dr Jaymz – ‘Set Me Loose’ challenges listeners to search for deeper meaning, and a higher love 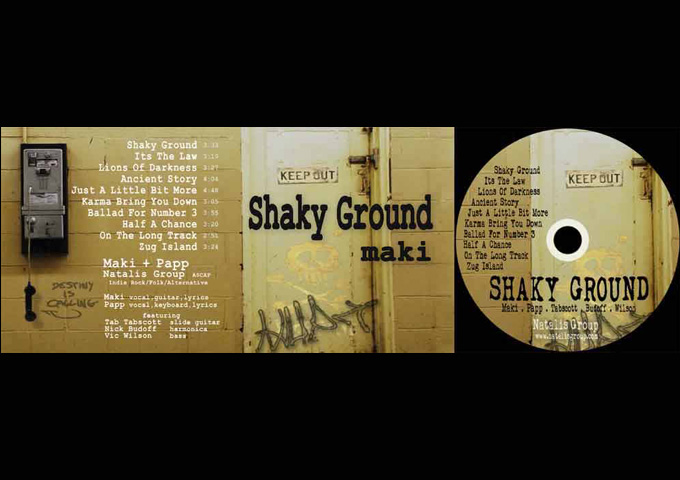