Doug Cash – “With A Trill” knows how to appeal to everyone!

Broadly labeled as a singer-songwriter, musician, producer, and CEO / Owner of Pryor 2 What ? Records and Music Publishing, Doug Cash has a distinctively soulful voice. You’ll hear Americana flavors in both Doug’s voice and guitar work. As a result, he appeals to fans of many organic-based genres. He has the right combination of grit and natural delivery with straightforward, relatable lyrics and song subjects. The combination of these elements and a humble stance separates him from most of the chart-topping and mainstream artists. Doug has built his reputation on great songs and his powerful voice, but his guitar playing is of note too – never too flashy but having a craftsman’s knack for hitting the right chords and notes.

By now, Doug Cash has nothing left to prove, but somehow, he just gets incrementally better as he takes more control and confidence in his own songwriting.  His latest, “With A Trill”, is as good as any of his singles, and maybe just a tad better, if you are into strummed acoustic guitars and poetic lyrics. “Solace finds that you are no longer near me. Like the cool born truth that should endear me. Happily you’ve found that rushing river. With the thrill you more than I could deliver,” reveals Doug, allowing you to unwind the rest of the poetic puzzle.

Gifted with masterful songwriting and a powerful voice, Doug Cash knows how to write an affecting song and drive home its emotions with his distinctive vocal tones. However, he shows on “With A Trill” that he is just as astute and effective when wrapping narratives in cunning, picturesque wordplay. Despite the cryptic lyrics, the acoustic guitar feels light and breezy, making for a quaint backdrop. All of which is played out in a black & white video reflecting Hemingway’s Paris.

The simplicity of the stripped-down music allows the listener to focus on Doug Cash’s storytelling, enhancing the whimsical effect of his lyrics. Doug is a clever man and he knows how to appeal to everyone, even though he is a unique talent that sticks to the shadows and makes music on his own terms. What I think I appreciate most about this project, is the changes in production and approach, by going back to his earlier templates.

This finds “With A Trill” playing to very comfortable, mid-tempo, acoustic territory, where there’s a much more noticeable warmth to the jangly groove. Still, the track aims high when it reaches for deeper lyrical complexities. These are the moments which strengthen a bedrock sound that has always had the potential to be something more for Doug Cash. Because in truth, Doug’s actual musical genre, has always been the art of song craft, wherever it takes him stylistically.

Tagged as Doug Cash Pryor 2 What ? Records and Music Publishing Singer-songwriter With A Trill

JMoney Too Official moves into the fast lane with “Believe Me Pt.2”

Antonio Woodard – “Worth It” helps you survive 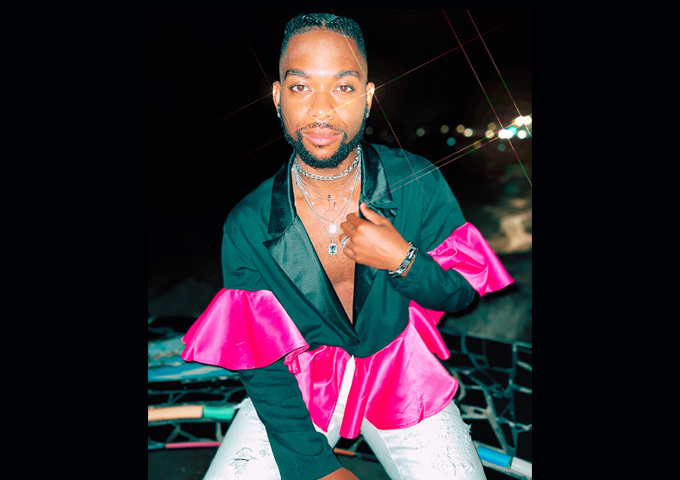 Jo Oliver – “Isolation (Has No Good Vibration)” – stomps and cracks the whip, musically and vocally!